Before February 14, , I spent my days at dance class, watching Netflix in bed with my dog, and studying of course. But that reality quickly changed in the days following the tragic shooting at my school that left 17 victims in its wake.

Feeling sad and unsure of what to do next, a few survivors and I would meet up at our friend and fellow student Cameron [Kasky's] house to talk about how we could stop these shootings for good. Our first meeting was small — there were a handful of people lying around Cameron's living room, trying to figure out next steps if there were any.

I will not read any more boring newsletters.

But with each meeting, we'd invite a few more students to join us, until we had about 20 people at our meetings. And that was where the idea for March For Our Lives was born. From that moment on with those former labels rapidly evaporating , I knew what my new label was, and that was "activist.

Instead, our elected officials sat back and allowed the list to lengthen while still accepting cash donations from the National Rifle Association, the organization that advocates for gun rights. Parkland became the epicenter of the long-standing gun violence issue after the massacre. E veryone was listening. 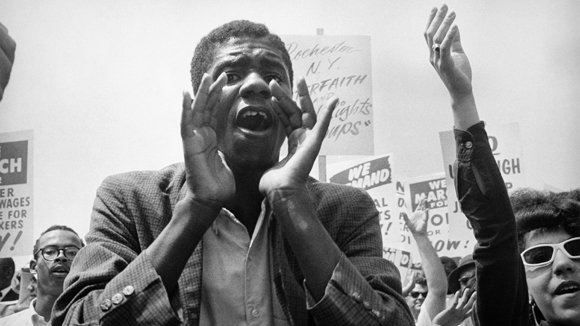 I began to advocate for the people of my community and the victims we lost. But as time progressed, I realized that my classmates and I needed to fight, not only for us, but for those who experience gun violence on every level.


We met with other victims of gun violence and we read tons of personal stories online. We had a few members of Chicago's Peace Warriors over to Emma [Gonzalez's] house and we just hung out and talked — even though we've had such different life experiences, it was so easy for us to come together. We stood in shock as we watched so many supportive tweets and DMs become actual bodies as thousands of students across the country participated in the student walkout on March 14th. That's when we truly realized that this is a shared stage — we're giving people who have to deal with this every day the chance to be heard and bring about change.

And we wasted no time trying to make change happen. My hometown now had the platform to speak for the people that have long been silenced, and together, we used our voices — in interviews, social media campaigns, and town halls — in our fight to make a difference. And we got to work on planning our march on Washington D.

Essay on The March on Washington - August 28, | Bartleby

Planning the March For Our Lives has been hard because we've been trying to balance school with press appearances, planning meetings, and more. Whenever I would get distracted about next steps during our conversations, I'd remember the 17 people that I'm fighting for and that pushed me forward. We're so appreciative of the support that we've received from some very qualified adults — they have been our allies throughout all of this. But at the end of the day, this is our march and we have put so much time and energy into making it come to life.

We used our voices — in interviews and town halls — in our fight to make a difference.

Our March to Washington

The past few months have been like a crash course in politics. At my high school, government is a senior class and I'm currently a junior. That means that the last time I took a government class, I was in the 7th grade. In order to catch up on everything that was going on around me, I spent the past few weeks reading everything and anything I could that had to do with politics.